Dominic Inglot – Collaboration, Self-Belief & a Sense of Adventure, His Key Tips to Serving Aces On & Off the Court

Dominic Inglot is no stranger to performing in high-pressure situations. From playing a pivotal role in Great Britain’s first Davis Cup win in 79 years, to competing in 27 finals in ATP tour events, he has consistently competed at the very highest level.

As he begins his transition onto the centre court of the finance sector, what are his key tips on how to maximise your potential, inside and outside sport?

Whilst competing in a team and working academically within a study group, Inglot developed his teamwork skills whilst studying for a degree in Finance at the University of Virginia. Due to the format of college sports, with results being decided based on the success of the whole team Inglot learnt the importance of performing for others. “Usually as a tennis player, you are always a bit by yourself. Everything that you do is for your own career and your own benefits. If you play badly, it’s only going to affect you”.

Yet, when playing within a university team, it was clear that this was no longer the case. Midway through a sulk after losing a singles match, Inglot’s coach reminded him that his job was not done. “My coach came over and said ‘Get out of your chair and support one of your teammates. Your job is not done here’. You do whatever you can, whether that’s simply cheering them on or spotting things and coaching them to do things like play to their opponent’s weaker side”. Through academia, whilst at one of the top business schools in the USA, Inglot was also learning substantially about collaboration within group projects. “You have to learn to buy good will”, Inglot says, “The skill I learnt was that first impressions are key. I arrived with a bunch of work even though we hadn't set anything to show that I was willing to do whatever it takes to help myself and help the team”. These two formative experiences equipped the tennis pro with vital people-management.

Self-Belief and Knowing your Own Strengths & Weaknesses

To achieve fourteen ATP tour titles and a Number One ranking in the British Doubles ranking, you need an incredible understanding of your own ability. Known as “Dom the Bomb” because of his dominant serve, Inglot’s style of play was focused around power and risk taking rather than percentage play, fostering a daring approach to tennis. “When it came to tennis, you had to trust yourself”, Inglot says, “I didn’t want to be that guy who just pushed the ball in or played a percentage shot. I wanted to trust my big serve, even on a second serve”. After announcing his retirement in early 2022, his approach to transitioning away from elite sport was built upon the same principles. Whilst turning to others is important, it is also true that you are the best judge of your own character. “The difficulty is that you often try to look for someone to make those decisions for you. You think the dream is going to fall on your lap somehow and that’s never going to happen. I’ve started to realise that I’ve got to be true to myself and trust my gut because that is the most powerful indicator you will ever have”. Whilst this was pivotal to his success in tennis, listening to Inglot’s own strengths and weaknesses were much more important as he began life after tennis. “I have recently gone through a phase where, even if others think I would be good at something, I don’t think I would enjoy it”, Inglot explains. “You have got to trust your gut instinct!”. 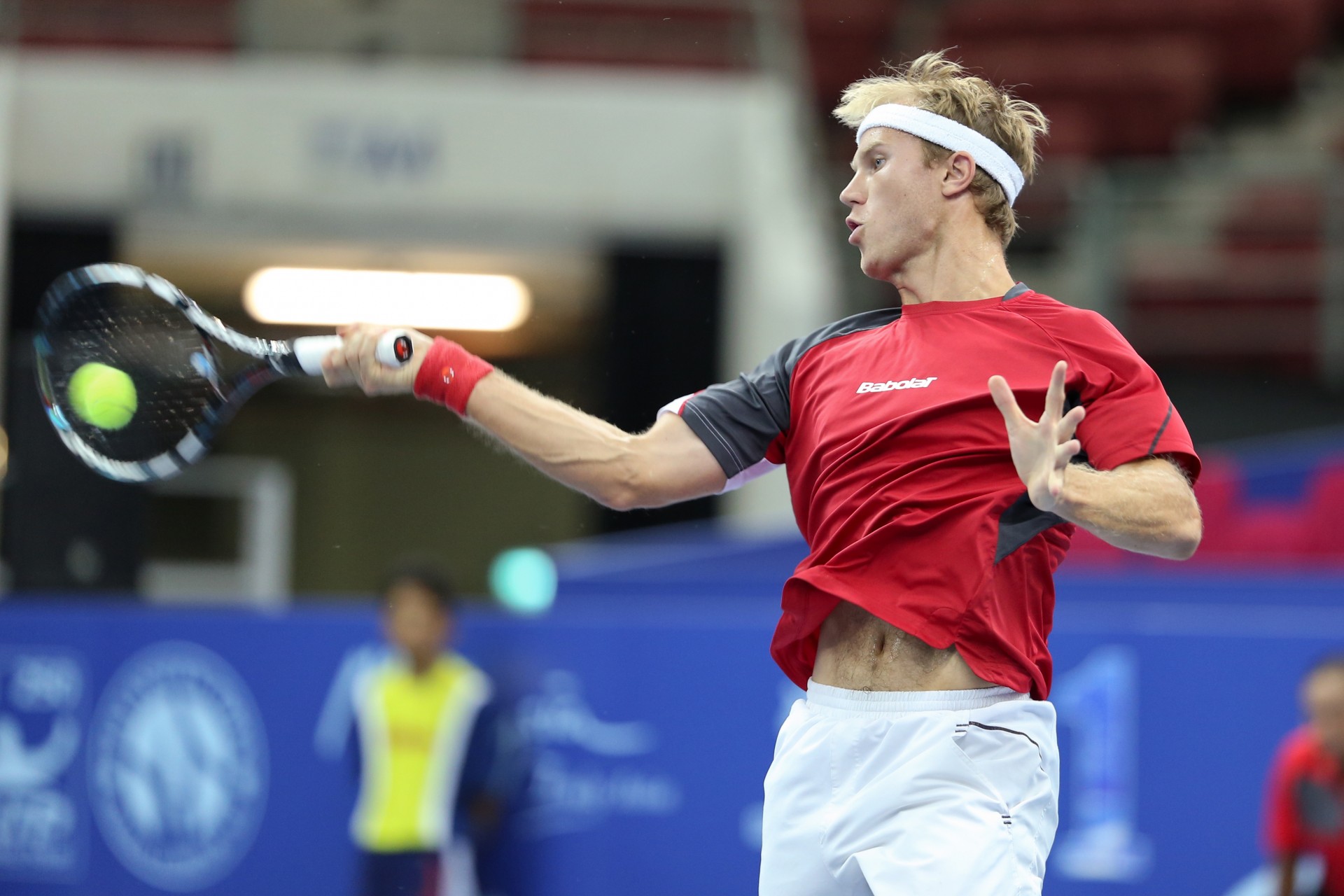 Photo by Chen Ws from Shutterstock

How Accepting and Expecting Defeat Shapes your Mindset

Unfortunately, losing and failure are inevitabilities within the world of sport. Even Roger Federer, often dubbed the greatest tennis player of all time, lost 11 grand slam finals. With every athlete likely to experience disappointment at some point in their career, Inglot views this as an opportunity to grow rather than a negative adventure. “A vital thing is thinking ‘How am I going to be OK losing?’” Inglot says, “If I am going to lose, is it going to sit right with me if I play this way? If I lost by just pushing the ball, would I feel worse than if I took a risk on a serve and double-faulted?”. In other words, a performance true to yourself is often just as important as the result. When and perform to the best of your capabilities, defeat should be something which is not feared, but appreciated it as a learning curve.

The Importance of Looking Forward to the Next Adventure

As Inglot steps away from tennis, there seems to be no regret or reservations, but excitement for the next adventure. “When you have been on the same treadmill for years, the prospect of doing a bike workout is quite exciting”, Inglot explains. After a “gap year” of travelling and enjoying a tennis-free life, Inglot was ready for a new challenge. “For a while, all I had was trying to get my handicap down in golf. That was fun for a while, but I thought “you know what, I mean something for my career and personal development”. Despite having improved his handicap to only three, Inglot knew it was time to move away from sport altogether and transition into the corporate world - a challenge he relished. “You have got to be stimulated and have a goal. A drive to do something. If you are in your comfort zone, it becomes a bit mundane”.