Sholto Carnegie – Getting into sport, Tokyo Olympics and looking ahead to life after sport

Oxford born Sholto Carnegie is a rower in the men’s coxless fours and is among the GB Team competing at this summer’s Olympics in Tokyo. Relatively young at 26, Sholto has endured a successful three years since joining the national team after leaving university in America.

After his sister started to row at a national level, Sholto decided to get involved and try his hand at rowing. “I wanted a piece of the pie,” he said. “I did a learn to row course age 12 and really enjoyed it, but I was quite small and not very fast, I’d turn up to all these events and just get beaten.” Taking inspiration from his sister and allowing the losses not to get the better of him, Sholto excelled as time went on. “I was inspired by how well my sister was doing, and there was a clear path, that if you work hard there is a trajectory,” he said. “Being beaten when you’re young helps inspire confidence and determination, it makes you go I want that [winning].” 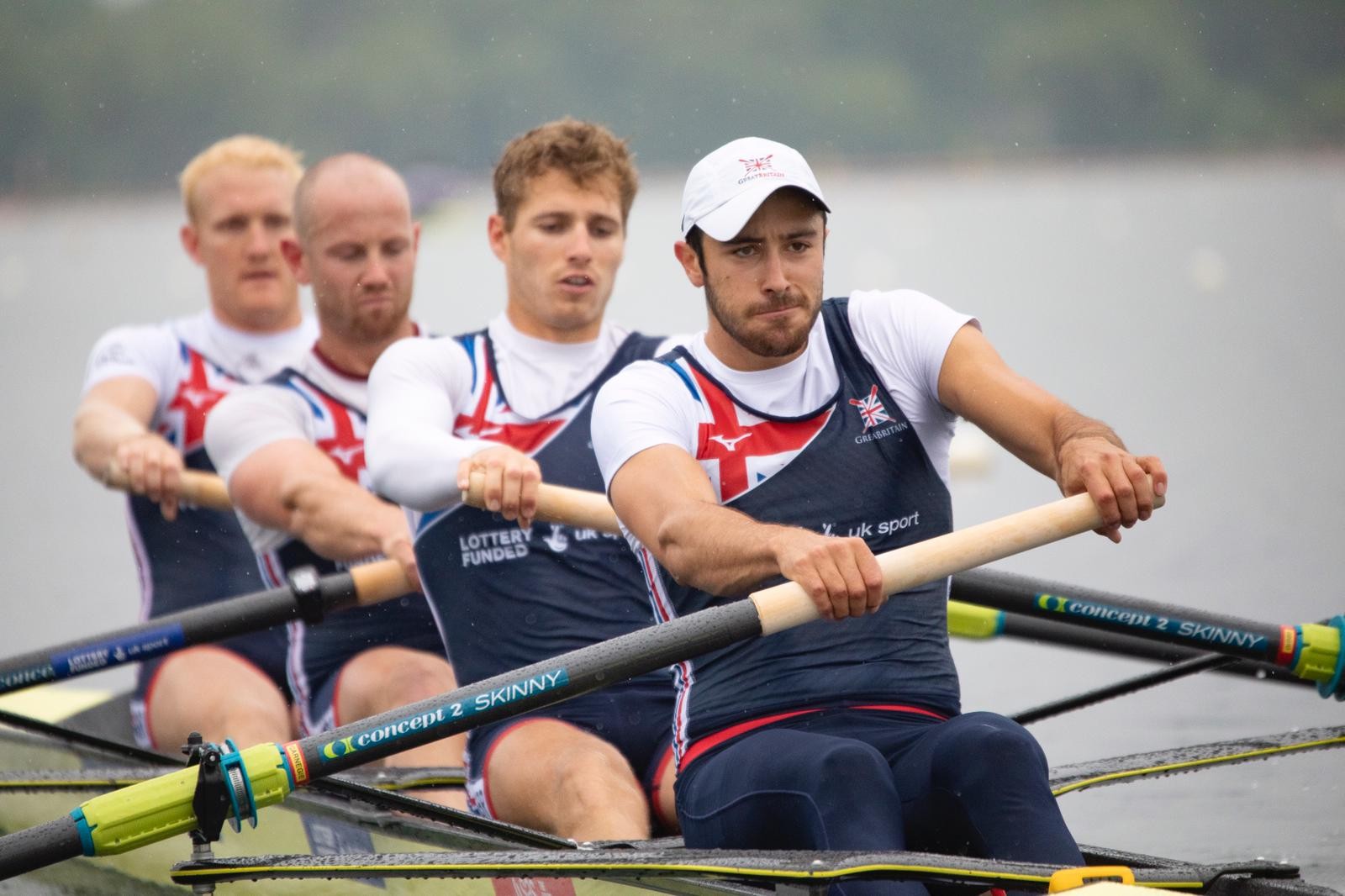 A junior trial helped Sholto burst onto the scene. “There was this one result at a trial that I said, ‘I’m just going to turn up and work as hard as I can’ and then it went really well and the sort of lightbulb moment clicked,” he said. Whilst completing a degree in America, Sholto rowed on the university team under coach Steve Gladwell. A successful stint taught Sholto a lot about competing in sport at a high level. “It was an incredible experience, and I learnt a lot of lessons like resilience, hard work and also what it’s like to be a team member.” Returning home, he joined the national team in 2018. A gruelling qualification period saw him digging deep and using all his experience, even some he’d picked up as a much younger athlete. “I had to apply everything I’d learnt, I had to apply the same logic as when things hadn’t gone well for me when I was a 14-year-old rower trying to improve and win races.” “Being part of the GB rowing team is something incredibly special, it’s one of the most successful Olympic teams ever,” he said. “It’s no easy task fighting your way into it.” Whilst it is an incredible honour, it’s also extremely physically demanding. “When you wake up in the morning you’re knackered. It’s one of the ultimate endurance sports and the training is mega,” he said. Despite this, Sholto is determined to prove his worth and give it everything for his nation. “I try and be the very best I can be,” he said. “I set out on this goal when I was younger to take myself to the top and be the best form of Sholto Carnegie that I can put out there, and I know that’s winning an Olympic gold medal.” It’s a long slog, but one Sholto is taking in his stride. The marginal gains and taking each day as it comes are vital in any professional sport if you want to reach the top. “It’s about each day waking up, going through the process of what the coaches are saying, working hard and improving the mindset.” 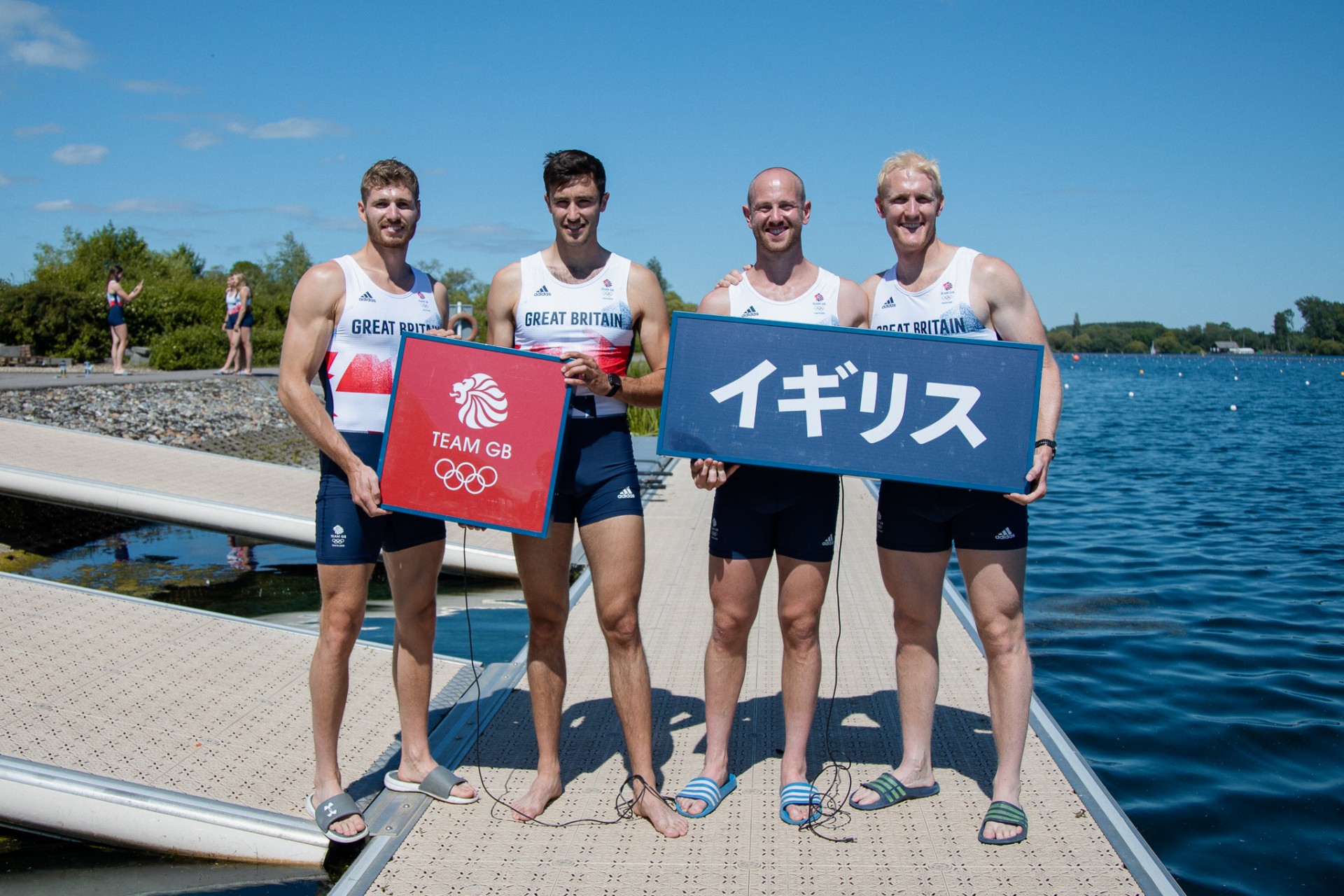 The nature of rowing has meant that Sholto has learnt a lot about himself. “Every year you learn that you can push your body further than you once thought. If I had told me five years ago the physical scores I put up now I’d be like you’re mad!” Keeping a level head, but fully focused on your end goal is also something Sholto has seen develop in himself during his professional career. The GB rowing team are currently on an intense training camp as they build up to the postponed Games. With a month to go until the Olympics, Sholto is feeling confident in himself and the team. “I’m feeling good, it’s definitely a high-pressure event,” Sholto said. “I was speaking to Pete Reed former British rower, who said you will be feeling the pressure, but you’ve earned the right to feel that pressure. That pressure is awesome, that pressure means there is a purpose behind what you are doing, not everybody gets to have that feeling.” Despite there being limited fans there, and obviously no friends and family there to cheer him on, Sholto is confident in his ability. “It doesn’t change the task at hand,” he said. “I’m ready to do my thing.” Sholto is also looking ahead, and how he can take all these experiences and lessons into later life. “A lot of the lessons I’ve learnt are leadership lessons, how to perform under pressure, how to work well in a team,” he said. “Every day I go out I try and improve on my rowing stroke, I try and improve my style, and that attention to detail and that focus is really translatable to any pursuit outside of sport.” Whilst Sholto is currently at the top of his game, he is using his free time to understand his passions and hobbies to ensure that he is stimulated while rowing and beyond. “Everyone would love to row for the rest of their lives and get paid to row for the rest of their lives but that just isn’t going to happen.” Sholto pulled on his experience rowing at university and explained how the distraction and intensity of his academic life potentially improved his sporting and physical output. “They [rowing and studying] almost complement each other,” he said. “When you turn up to row you haven’t spent all day in your room over analysing. That’s something I think really helps.” An incredibly articulate and intelligent young man, Sholto is just getting started. A big Olympics is approaching with the rowing regatta running from the 23rd of July to the 30th of July. Sholto and his team will be looking to build on their gold at the European champs earlier this year and secure the gold on the water in to close out a very unique Olympic cycle.

All photos associted with this article are by Izzy Cooper.